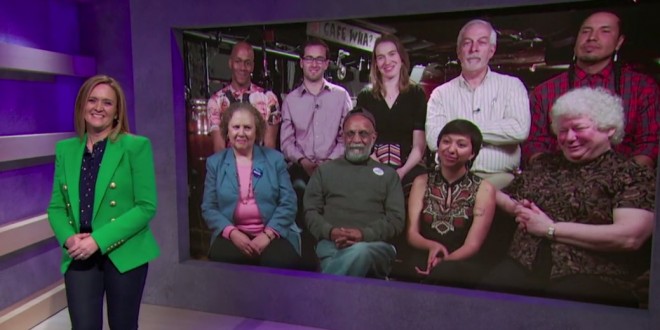 Last month, Samantha Bee held the world’s most disturbing focus group in an attempt to understand Donald Trump voters. So it’s only fitting that the night before the New York primary, she did the same for Bernie Sanders.

“You know, it’s easy for dried-up old crones like me to dismiss Bernie fans as naïve kids who believe in wizards and unicorns,” Bee said. “But I wanted to hear from actual Sanders supporters themselves.” Her “impossibly diverse panel” included a new citizen, a Native American, and a “stereotypical Bernie bro with his backwards baseball cap, just oozing with ‘tude.”

The group was exceptionally confident about Sanders’ chances of winning the Democratic primary race, accusing the media of being “unfair” to their candidate. “I’m not here to bash Bernie,” Bee insisted. “I’m just here to understand your optimism, stick my fingers in, roll it around in my hands and restore myself to the person I used to be.”