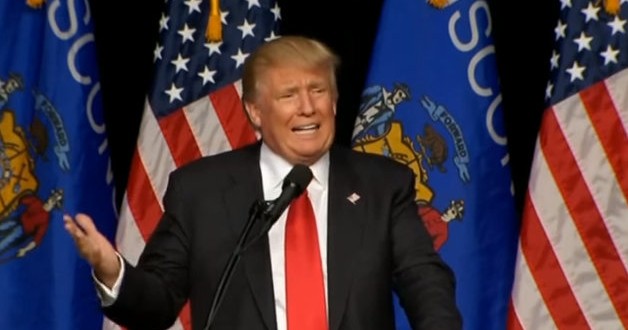 An all-out internal power struggle has erupted at the Republican National Committee, just days before a critical party gathering in Florida, as the head of the RNC’s powerful rules committee has accused his own party leadership of a “major breach of trust” in trying to block a rule change that he said would make it harder to reopen the GOP nomination fight at a contested convention this summer.

At issue: a controversial proposal that would drastically alter how the convention would function, changing the underlying rule book for proceedings — and potentially affecting whether party insiders could draft a so-called white knight at a deadlocked convention.

Rules Committee Chairman Bruce Ash criticized RNC Chairman Reince Priebus and his allies in an email Saturday to his panel, accusing them of working to scuttle the proposal and prevent it from getting a hearing at this week’s RNC spring meeting in Hollywood Beach, Florida.

The proposal in question would switch the rule book governing the convention from the rules of the U.S. House of Representatives, which have been used at Republican national conventions for decades, to Robert’s Rules of Order, which is common in civic and organizational meetings.

It became apparent to me during the discussions with Reince and others at the RNC that there might be an underlying political result that adherence to the House Rules achieved, and that Roberts made more difficult,” Ash wrote in the email, which was first reported by The Associated Press. “Reopening the nominations for President during the balloting to permit a more acceptable candidate to be nominated other than Donald Trump or Ted Cruz.”

Lyin' Ted Cruz can't win with the voters so he has to sell himself to the bosses-I am millions of VOTES ahead! Hillary would destroy him & K

Previous TRAILER: The Birth Of A Nation
Next Tens Of Teabaggers Get Shouted Down When Trying To Crash Immigration Rally At Supreme Court [VIDEO]