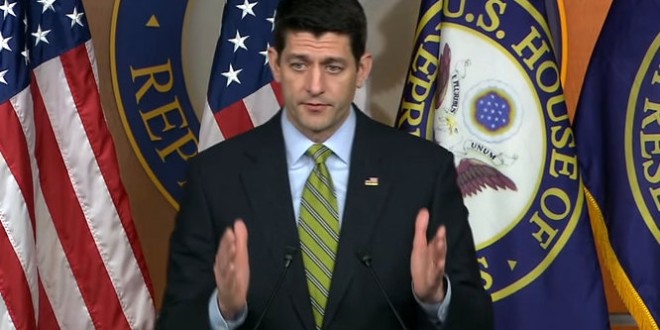 REPORT: Charles Koch Is Determined To Get House Speaker Paul Ryan Nominated At The GOP Convention

Charles Koch is confident House Speaker Paul Ryan could emerge from the Republican National Convention as the party’s nominee if Donald Trump comes up at least 100 delegates shy, he has told friends privately.

Koch believes Ryan would be a “shoo-in” at a contested convention, should the campaign get to that point. Though Koch’s wealth gives him significant influence within the Republican Party, it does not necessarily translate into skill in political prognostication. Still, he and his brother David are fond of Ryan. As a source close to the brothers told The Huffington Post, they appreciate the agenda he has pursued as speaker, including opposition to tax extenders and heightened warnings against corporate welfare — positions that contrast with the admittedly vague portfolio pushed by Donald Trump.

One source close to Ryan said he would only be interested in it if the party could unite behind him, a scenario he can’t envision. “I don’t know what to tell you? He doesn’t want the nomination. And can you imagine the backlash from the Trump forces if someone who didn’t run for president wins the nomination? It would be complete chaos,” he said.

A spokesman for Koch Industries has denied the claim. Politico says the Clinton camp is worried:

A well-wired Democrat close to the Clinton campaign told Daniel that a Paul Ryan nomination would be the “nightmare scenario” for Brooklyn because he would likely be stronger than Trump in states like Colorado, Virginia, Wisconsin and Ohio. “He’d be starting politically with a clean slate and lacks the baggage of not getting attacked for months” like Trump and Cruz. “He’s an attractive man, with an attractive … family.”