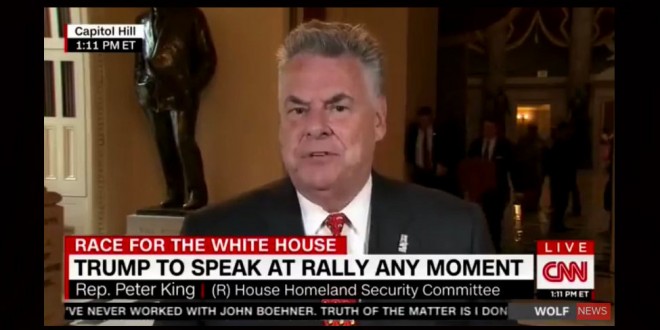 The #CruzLucifer meme is getting legs:

Peter King really hates Ted Cruz, so much so that he suggested John Boehner gave the devil a bad name by comparing him to the Texas senator. In an interview with CNN, the New York Republican congressman told Wolf Blitzer he agreed with the former House speaker, who called Cruz “Lucifer in the flesh” on Wednesday night.

“Maybe he gives Lucifer a bad name by comparing him to Ted Cruz,” King said. “Listen, what John Boehner was most concerned about was Ted Cruz perpetrated a fraud and a hoax when he brought about the shutdown of the government on some kind of a vague promise that he was gonna be able to take Obamacare out of the budget or to end Obamacare.”