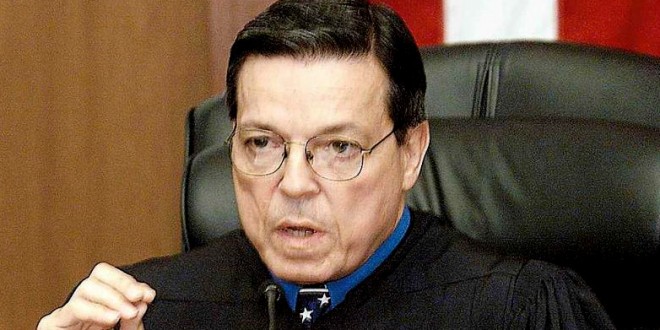 A federal appeals court on Thursday stated unambiguously that Puerto Rico’s ban on same-sex couples’ marriages is unconstitutional, throwing a federal judge off a case after the judge had ruled in March that the ban was still in effect.

“The district court’s ruling errs in so many respects that it is hard to know where to begin,” the unsigned opinion from the 1st Circuit Court of Appeals stated in harshly criticizing U.S. District Court Judge Juan Pérez-Giménez’ actions in the case.

Pérez-Giménez had ruled in favor of the ban in October 2014, but the 1st Circuit sent the case back to the trial court after the Supreme Court’s June 2015 ruling in Obergefell v. Hodges striking down marriage bans nationwide. The appeals court ordered Pérez-Giménez to “further consider” the matter “in light of Obergefell,” adding that the appeals court judges “agree with the parties … that the ban is unconstitutional.”

Nonetheless, in March, Pérez-Giménez upheld the ban for a second time, ruling that the Supreme Court’s ruling does not apply to a territory like Puerto Rico.

Previous MISSISSIPPI: Openly Lesbian Journalist Robin Roberts Is The New Face Of State’s Official Tourism Agency
Next INDIANA: State Trooper Sued (Again) For Grilling Motorist About Her Love For Jesus During Traffic Stop UPDATE: The Trooper Has Now Been Fired