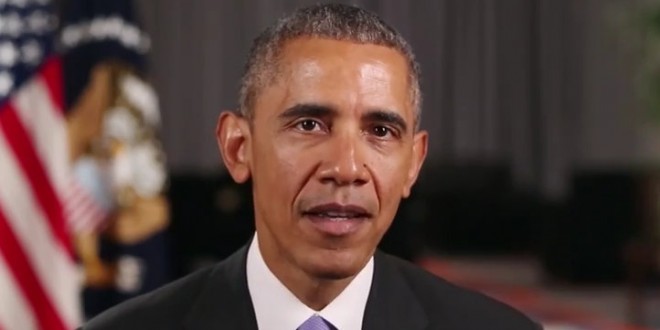 American Idol ended its 15-season run last night and the finale began with a message from the president. Via Deadline:

Acknowledging “not all of us can sing like Kelly Clarkson,” Obama told viewers of the very last episode of the Fox series “all of our voices matter.” Opening up the jam packed 2-hour end to Idol’s fifteen season run, the President praised Idol for having “transformed television” and, in what must have been a reference to its once stellar ratings, having “reached historic heights.” Of course, Obama wasn’t just appearing on Idol via prerecorded video to talk about Idol but also to encourage Americans to vote in elections like the upcoming Presidential race.