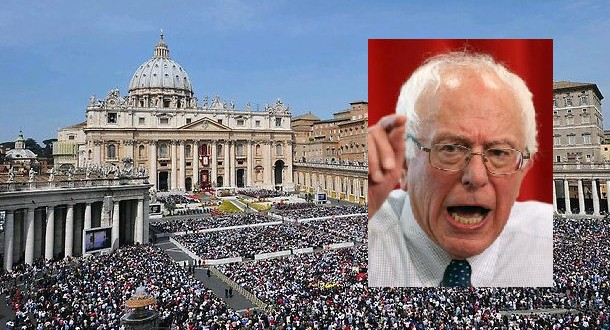 The Vatican visit is four days before the primary contest in New York, a competitive battle between him and front-runner Hillary Clinton. Mr Sanders said he was not sure whether he would meet the Pope but he was a big fan of the pontiff.

The Vermont senator said they share the same views on inequality. “He’s trying to inject this sense of morality into how we do economics… and we need that absolutely desperately.” He will attend a conference on social, economic and environmental issues and give a speech on 15 April, his campaign said.