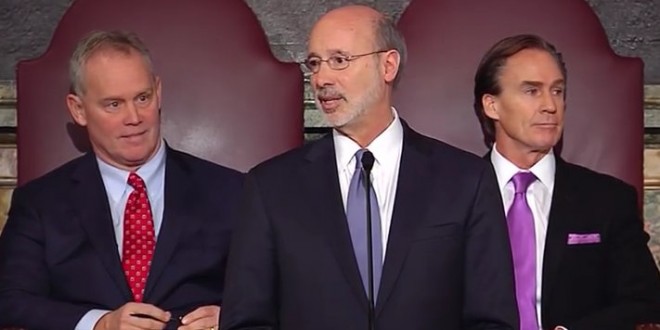 Gov. Tom Wolf says he’ll sign an executive order to prohibit discrimination by state contractors against people who are lesbian, gay or transgender.

Wolf told WESA-FM in Pittsburgh on Wednesday that he had hoped the Legislature would pass legislation designed to outlaw discrimination based on someone’s sexual orientation or gender identity.

But he says he’s decided he needs to move forward with the executive order since the bills have languished. Wolf says Pennsylvania needs to be seen as a welcoming place and he cited the backlash against what he called a “discriminatory” bill signed by North Carolina’s governor.

Senate State Government Committee Chairman Mike Folmer says he wants to vet the bill before possibly holding a vote to make sure it doesn’t violate religious liberties or freedom of conscience.