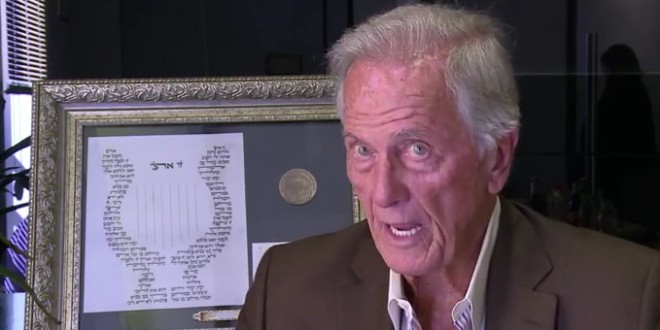 “God has a sense of humor. Why else would he invent the porcupine and the giraffe? Something can be devilishly funny, but this skit is diabolical. God has only one real enemy — Satan. Satan ridicules faith, and they’re taking Satan’s side. They’re also ridiculing me and the film, telling impressionable young people not to see it because it’s ridiculous. Then they throw in that the lawyer is Jewish to make the Christian look even worse, but it’s just anti-Semitic.

“This skit was outright sacrilege. They know if they did this to Muslims they’d have to be put into the witness protection program. There’s nothing sacred at SNL — except maybe the words ‘Mohammad’ or ‘Allah.’ They’d never take those names in vain, but when they called God a ‘boob man,’ they took his name in vain. They don’t answer to me. They answer to the one they defame, and there are consequences.” – Pat Boone, speaking to the Hollywood Reporter.

Previous Rudy Giuliani Endorses Trump, Says GOP Should Give Him Nomination If He’s Close Enough [VIDEO]
Next VIRGINIA: Pearl Jam Dedicates I Am A Patriot Song To “Soldiers In The LGBT Community” [VIDEO]