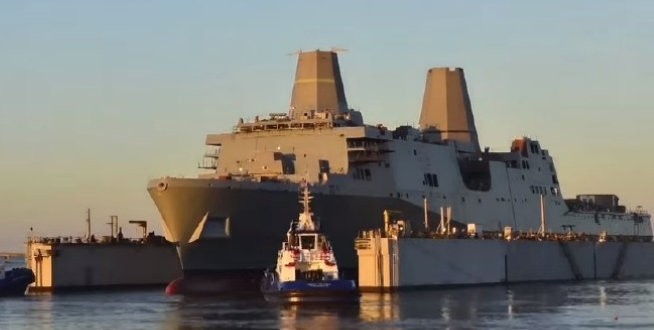 OREGON: Navy To Commission New Ship In Portland After Mayor Refuses To Travel To Mississippi

After Portland Mayor Charlie Hales announced he refuses to travel to Mississippi next month to commission the USS Portland over the state’s anti-gay laws, the Navy has announced the commissioning will take place in Portland.

The law signed by the Mississippi governor earlier this month allows churches, religious charities and privately held businesses to decline services to people whose lifestyles violate their religious beliefs. Individual government employees may also opt out, although the measure says governments must still provide services.

According to a news release from the Navy, the commissioning of the USS Portland that was scheduled for May in Pascagoula, Mississippi, will now take place in Portland in late 2017.

The 25,000-ton ship was successfully launched in February and will still go through a christening in Mississippi on May 21 this year. Thousands of people are expected to see the official commissioning in the Rose City [Portland].

The USS Portland is an amphibious transport dock. (Tipped by JMG reader John)