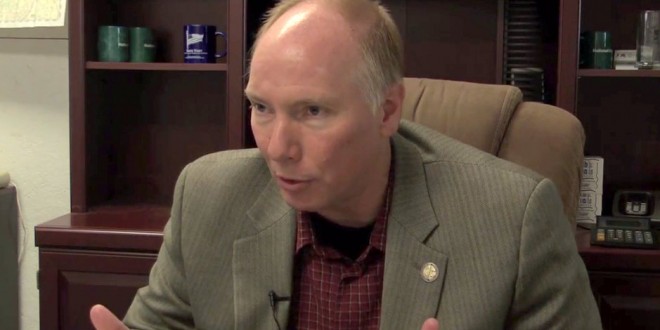 He cited a Seattle case where a man, apparently making a point about the city’s nondiscrimination laws, undressed in a women’s locker room. The conservative American Family Association raised similar concerns while protesting Target’s transgender bathroom policy, which allows customers and employees to use the restroom that corresponds with their gender identity. “It sounds like it’s a concern for John. It’s not much of a concern for those who live in the real world.”

But LGBT advocates say Ohio already laws against sexually assaulting anyone anywhere, which would include bathrooms. Becker’s proposal would solve no problems, and only create angst for transgender people, Equality Ohio spokesman Grant Stancliff said.

You may recall that in 2014 Becker called for impeaching the federal judge who had ruled that the marriage of Jim Obergefell should be recognized on his late husband’s death certificate. And we all know how THAT worked out. (Tipped by JMG reader Debra)