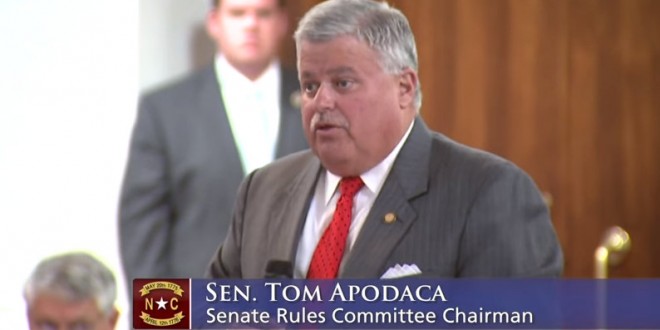 State Senate Democrats’ proposal to repeal House Bill 2 appears to be dead just a day after it was filed. On Wednesday, senators Terry Van Duyn of Asheville, Jeff Jackson of Charlotte and Mike Woodard of Durham filed Senate Bill 784, which would repeal the controversial LGBT law in its entirety. The bill is identical to one filed Monday by House Democrats.

The three-member Ways and Means Committee hasn’t held a meeting in years. It’s widely known as the graveyard of the Senate – the place where Senate Rules Chairman Tom Apodaca sends legislation that he wants to kill. So it’s virtually certain that the repeal bill will never make it to the Senate floor for a full vote.

On the House side, the bill has been referred to the Judiciary Committee where its two co-chairs are supporters of HB2.