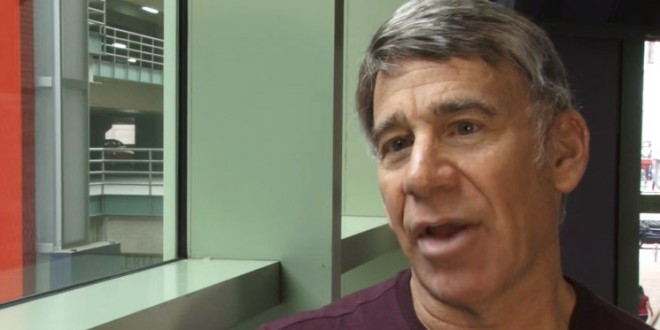 Theatergoers in North Carolina won’t be seeing Wicked, Godspell, Pippin, or any of Oscar-winning composer Stephen Schwartz’s many other shows due the state’s anti-LGBT hate law. Broadway World has his statement:

To my fellow theatre writers and producers: As you no doubt know, the state of North Carolina has recently passed a reprehensible and discriminatory law. I feel that it is very important that any state that passes such a law suffer economic and cultural consequences, partly because it is deserved and partly to discourage other states from following suit.

Therefore, I and my collaborators are acting to deny the right to any theatre or organization based in North Carolina to produce any of our shows. We have informed our licensing organizations and touring producers of this, and I’m happy to say have met with compliance and approval from them.

In the 1970’s, I, along with many other writers and artists, participated in a similar action against apartheid in South Africa, and as you know, this eventually proved to be very effective.

If you are in agreement, you may want to join me in refusing to license our properties to, or permit productions of our work by, theaters and organizations in North Carolina until this heinous legislation is repealed.

Some of the commenters on the above-linked statement strongly oppose Schwartz’s move. An excerpt from the top-rated comment:

As a community theatre producer in North Carolina of over 20 years, this effort affects the wrong population. As artists and supporters of the human condition, we are compassionate of and fight for the equal rights of everyone. If your suggested boycott occurs, it will likely put our nonprofit theater company of 32 years (Theatre Alliance, Winston Salem, NC) out of business. We work relentlessly on nights and weekends, while holding day jobs, to produce at least twelve shows annually, one of which is slated to be “Pippin.” As a troupe of volunteers involved in a hand-to-mouth theatre company who are against the insanity of this inane bill and actually have a transgender individual in our current production of “Jesus Christ Superstar,” this suggestion, as well intended as it may seem, will have dire consequences for those of us who are wholeheartedly desperate for a repeal and are fighting for it daily. There are more compassionate, educated people in North Carolina than there are morons who want to set the state back fifty years.