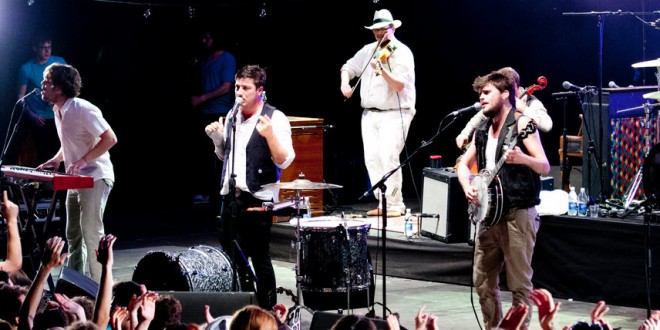 Tonight, Mumford & Sons will perform before a capacity crowd at the Time Warner Cable Arena in Charlotte, North Carolina. The band recently announced they will donate all of their profits from the show to a new charitable fund “to support those who have made it their mission to pursue love and justice.”

A donation from the fund will be made to a local LGTBQ as a way of taking “a stand with the people of North Carolina who this week are shouting loudly against intolerance, fear and discrimination.”

Mumford & Sons are the latest act to weigh in after North Carolina officials recently passed the HB2 Public Facilities Privacy and Security Act, a law which dictates which bathrooms transgender people are permitted to use. Bruce Springsteen canceled a show in the state as did Ringo Starr, while Gregg Allman issued a statement condemning the law.