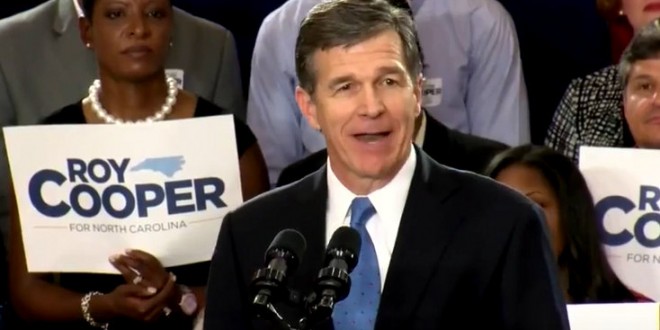 Attorney General Roy Cooper has a growing lead over Gov. Pat McCrory in their race for governor, a new poll shows. While previous surveys have shown the candidates neck-and-neck within a margin of error, the new Elon University Poll gives Cooper a 48-42 percent lead. The margin of error in this survey was just under 4 percent. Cooper had a 3-point advantage in an average of the three most recent polls.

On the controversial LGBT ordinance known as HB2, the survey found 49 percent of respondents said the state should prohibit cities from passing ordinances like Charlotte did, allowing transgender people to use the bathroom of the sex the identify with. Thirty-nine percent said cities should be allowed to enact policies like that, and 11 percent said they don’t know.

See the full polling results here. Last month Cooper declared that he will refuse to defend the state against the lawsuit which seeks to overturn HB2.