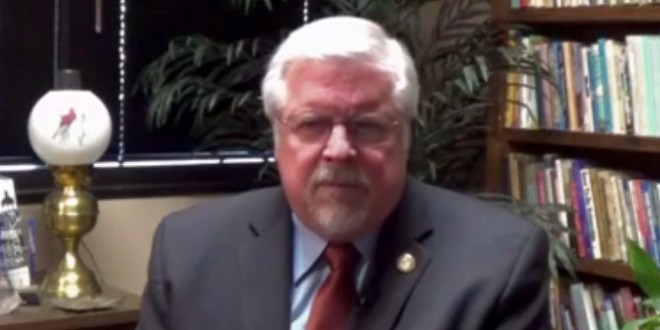 Anti-gay activist Mark Creech of the Christian Action League, who once declared that gay marriage is “an attempted gang rape of our culture,” is organizing a show of support for North Carolina’s recently passed anti-LGBT law. In a video posted on his website, Creech asks people to demonstrate their “strong support” for the law and to push back against the “smear campaign” against it by joining him for a rally on Monday, April 11, at the state Capitol where they will hear from anti-gay activists like David and Jason Benham, Harry Jackson, Frank Turek, Ron Baity and others speak out in defense of the law and the lawmakers who enacted it.