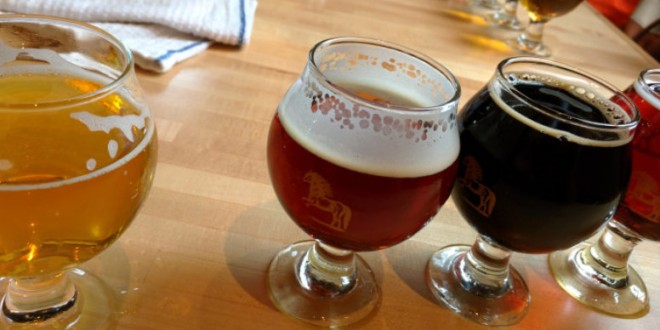 A group of North Carolina craft breweries is teaming up to make a special beer that will be sold to raise money to fight the state’s new House Bill 2 law. The News and Observer reports more than 30 breweries are taking part.

They’re calling the project the Don’t Be Mean to People: A Golden Rule Saison and have set up a fundraising page on generosity by Indiegogo. Critics say the law unfairly discriminates against LGBT people.

From the Indiegogo page:

When Keil and I talked shortly after the passage of North Carolina’s now infamous HB2, we were angry. We didn’t feel like the law that was passed represented us as constituents, entrepreneurs, or business owners. We wanted to do something in response. But what? What do two brewers talk about doing when faced with a world in which they want to make a change?

They talk about making beer. So, “Don’t Be Mean to People: a golden rule (saison)” was born: A bright farmhouse ale made with 100% North Carolina grown and malted grain, and North Carolina sorghum molasses.

We see this beer as a means to an end and a social statement. We’ve seen businesses, municipalities, and even rock legends from around the country punish North Carolina for passing this law. We’ve seen business expansions and job opportunities pull out of the state. We see that our communities are being harmed by this action.

But we can’t do that with our businesses. This is our home, where we’re trying to establish roots and grow. We can’t leave; we are left to deal with the consequences created by our General Assembly. But we can do this: empower.

Donations go to Equality North Carolina and a group that supports LGBT youth. $20 gets you a four-pack of the beer. $25 gets you a t-shirt bearing the new beer’s logo. I’m going for the shirt since I don’t care for craft beer.

UPDATE: They can only ship the beer to North Carolina residents.