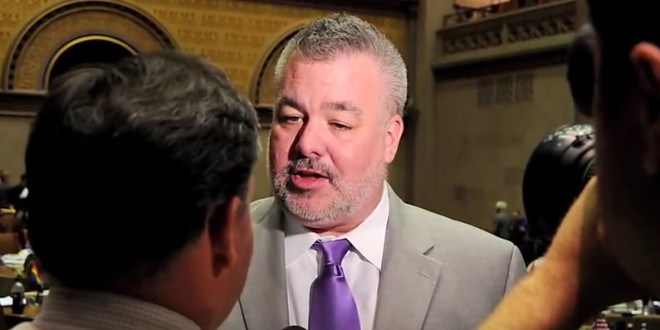 It is once again time for New York to send a strong message to the country that we will not allow state funded travel to states that allow discrimination against LGBT individuals. These laws, veiled as religious freedom, are simply attempts to skirt around the Supreme Court ruling last June guaranteeing the rights of LGBT citizens. I urge Governor Cuomo to issue an executive order banning state funded travel Mississippi. This will be the second time, in the past month, that he will be taking such action. I am also urging him to help me pass A6913 which would automatically ban travel to states that pass these harmful laws.

I’m very proud and appreciative that Governor Cuomo has banned non-essential travel to North Carolina and that Mayor deBlasio similarly banned travel for NYC employees. It is a strong statement demonstrating New York’s progressive leadership on human rights and the belief that all citizens deserve to be treated equally.

The recently passed Religious Freedom bill, House Bill 1523, signed today by Governor Bryant, is one of the most discriminatory pieces of legislation allowing the denial of services, goods, wedding products, medical treatment, housing and employment to LGBT individuals

Unfortunately, it seems that more and more states and municipalities are using this tactic to undermine civil rights. It is less than one year ago that NY banned non-essential travel to Indiana, when the state passed legislation which similarly targeted its LGBT citizens. It is time for NY to send a clear message against such practices.

That is why I introduced A06913 last year, which would prohibit NY State funded travel to states that use the free exercising of religion to wrongfully discriminate against individuals. New York cannot be reactionary in regards to violations of civil rights. We must be a leader for the nation, and act preemptively. For the second time this year, New York needs to send a strong message I urge my colleagues in Albany to support this bill.

Let’s hope we see the same avalanche of travel bans that we saw with North Carolina.

RELATED: In 2002, O’Donnell became the first openly gay man ever elected to the New York Assembly. He represents the Upper West Side of Manhattan.