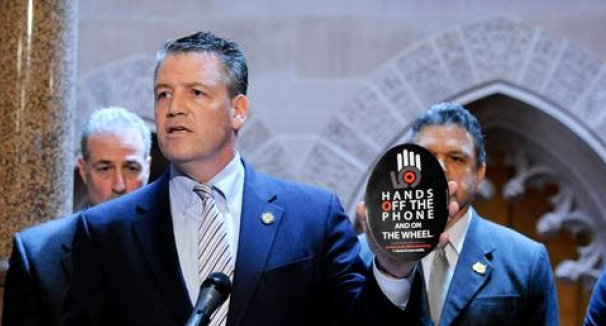 Under the first-of-its-kind legislation proposed in New York, drivers involved in accidents would have to submit their phone to roadside testing from a textalyzer to determine whether the driver was using a mobile phone ahead of a crash. In a bid to get around the Fourth Amendment right to privacy, the textalyzer allegedly would keep conversations, contacts, numbers, photos, and application data private.

It will solely say whether the phone was in use prior to a motor-vehicle mishap. Further analysis, which might require a warrant, could be necessary to determine whether such usage was via hands-free dashboard technology and to confirm the original finding.

The legislation was prompted by intense lobbying from the group Distracted Operators Risk Casualties (DORCs). The son of its co-founder, Ben Lieberman, was killed in 2011 by a distracted driver in New York. The proposed law has been dubbed “Evan’s Law” in memory of 19-year-old Evan Lieberman.

“When people were held accountable for drunk driving, that’s when positive change occurred,” Lieberman said in a press release. “It’s time to recognize that distracted driving is a similar impairment, and should be dealt with in a similar fashion. This is a way to address people who are causing damage.”

Drivers who refuse to surrender their phones would face the immediate suspension and possible revoking of their license.

The technology was developed by the Israeli company Cellebrite, which some believe was the firm which helped the FBI crack the phone of the San Bernardino terrorist. The company has denied involvement in that case.