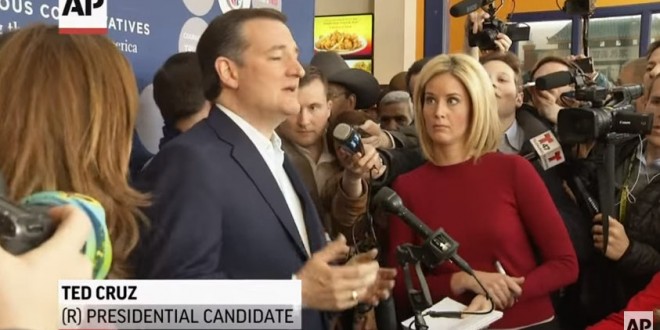 Ted Cruz came to New York Wednesday talking about education, but he’s the one who got schooled. The lesson came from a group of Bronx high school students who told the Republican presidential candidate to stay away.

Cruz was scheduled to speak at Bronx Lighthouse College Preparatory Academy until students wrote a letter to the principal asking her not to let Cruz come, prompting staffers to cancel the appearance. “We told her if he came here, we would schedule a walkout,” said Destiny Domeneck, 16. “Most of us are immigrants or come from immigrant backgrounds. Ted Cruz goes against everything our school stands for.”

Destiny and her classmates communicated that sentiment to Lighthouse Principal Alix Duggins. “A group of students will be leaving during 4th period, as (an) act of civil disobedience in regards to the arrival of Ted Cruz to BLCPA,” the letter said. “We have all considered the consequences of our actions and are willing to accept them.”