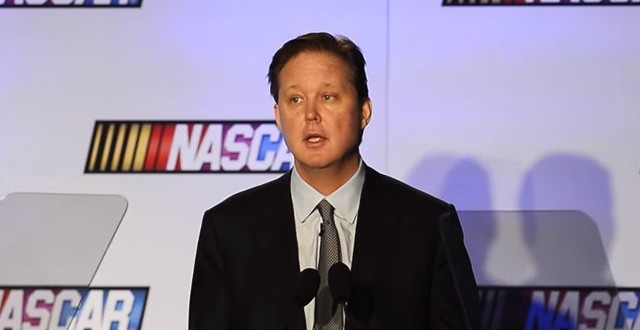 From the Charlotte Observer:

As opposition to North Carolina’s House Bill 2 grows, NASCAR has joined the chorus of companies calling for the law to be overturned. According to Motorsport.com, a site that covers racing news, NASCAR Chairman Brian France made the announcement at a meeting this week with Associated Press sports editors.

Jim Utter, a longtime NASCAR writer, reported that France said NASCAR also opposed a similarly controversial law in Indiana that has since been modified. “We take the position that any discrimination, unintended or not, we do not like that and we are working behind the scenes, and we are not a political institution,” France said.

“We don’t set agendas or write laws, but we express our values to policy makers. We will and we do. We are real clear about that.”

Previous Trump: I Have 378 Delaware-Registered Companies
Next Janet Porter: Let’s All Call ESPN To Complain About The First Amendment Which I Totally Don’t Understand