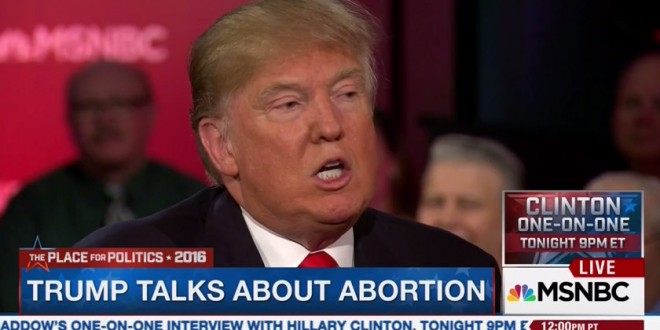 In an interview with Fox News’ The O’Reilly Factor Thursday, Republican presidential candidate Donald Trump accused MSNBC of editing down his controversial back-and-forth about abortion in a way that presented his comments out of context. “You really ought to hear the whole thing,” Trump told guest host Eric Bolling. “This is a long convoluted question. This was a long discussion, and they just cut it out. And, frankly, it was extremely — it was really convoluted.”

MSNBC fires back: “The town hall interview with Donald Trump was taped in advance and then aired in its entirety. Absolutely no part of the exchange between Trump and Chris Matthews was edited out.”