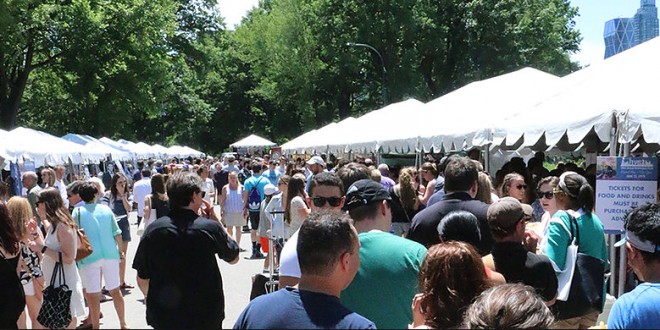 From the New York-Mississippi Society:

We, the founders of the Mississippi Picnic in Central Park and the New York-Mississippi Society, are officially canceling this year’s picnic in its 37th year.

As a result of the unfortunate adoption of House Bill 1523, we have been informed that several concerned groups in New York City intend to demonstrate in protest of the passage of this law. Due to the controversy, the protests, and our own intensely felt dismay over HB 1523, we deeply regret that the Mississippi Picnic cannot go forward.

Our mission back in 1980 was to showcase a positive image of the state of Mississippi, and over the past 36 years, we have celebrated such cultural icons as writer Tennessee Williams, food critic Craig Claiborne, and opera singer, Leontyne Price. This year we were planning to honor the great blues musician, B.B.King.

For almost four decades, The Mississippi Picnic in Central Park has consistently celebrated the best of Mississippi, without regard to race, religion, or gender orientation. We took pride in sharing our rich heritage and diversity with the rest of the world through these annual gatherings.

Any law such as HB 1523 that discriminates against even a single member of our community cannot be tolerated, and therefore we have decided to stand up for all Mississippians by canceling the 2016 picnic in the park.

Mississippi Gov. Phil Bryant has reportedly attended the event “regularly.”  He has issued a statement:

“I am disappointed we won’t be celebrating Mississippi’s rich and diverse culture in Central Park this year. I’m confident many New Yorkers feel the same way. I will be happy to participate in the event should organizers revive it in the future.”

I happened upon the Mississippi Picnic a few years ago and was surprised at the attendance and the dozens of vendors.