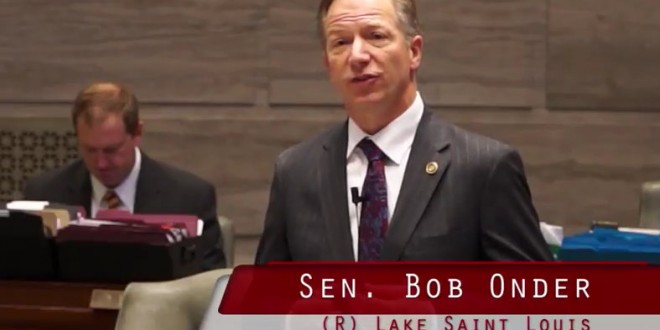 In the face of international furor over North Carolina’s hate law, the Missouri House Emerging Issues Committee yesterday delayed a vote on SJR39, the anti-LGBT “license to discriminate” bill which last month passed in the state Senate after an epic 39-hour filibuster by Democrats. The St. Louis Post-Dispatch reports:

Haahr said the legal memos members had received included arguments about whether the measure was constitutional. But besides the memos, advocates on both sides of the issue have not let up pressure on the committee since a hearing last week.

“I think the members are doing their best to try to make a determination about whether to move the bill forward,” Haahr said.

Senate Joint Resolution 39 would ask voters whether clergy and their churches should be shielded from government penalties and legal liability if they decline to participate in a same-sex wedding ceremony. Opponents argue that such protections already exist under the U.S. and state constitutions.

Wedding vendors — such as florists, bakers and photographers — would also be granted greater legal protections if they decline to participate in a same-sex wedding. Certain “religious organizations” — including hospitals, colleges and nursing homes with religious ties — could not be penalized for opposing same-sex marriage, which opponents say would allow for widespread denial of services.

Also yesterday the LGBT rights group PROMO Missouri held a rally at the state capitol at which football player Michael Sam spoke out against the bill.

“This so-called ‘religious liberty’ bill is just another way to undermine the dignity of LGBT people and their families,” Sam said. “As an athlete who grew up in a Christian home, two things were always made clear to me. First: Treat every person, every team, competitor with respect. Second: Everyone should have an equal shot and start on an equal playing field.”

Watch Sam’s speech below. The second clip below is a counter-rally held by the bill’s sponsor, Sen. Bob Onder.

Previous NORTH CAROLINA: Hate Groups Cancel HB2 Loyalty Oath After It Blows Up In Their Faces [VIDEO]
Next Wingnuts Blast ESPN Over Firing Of Curt Schilling