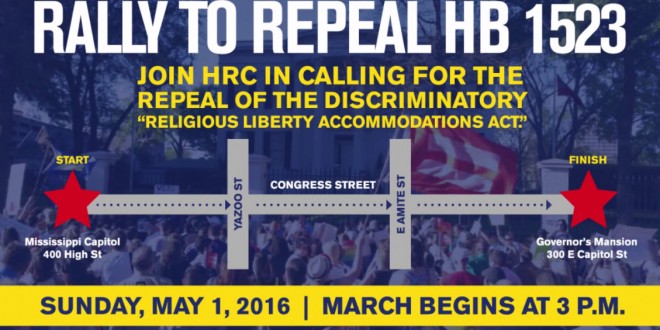 MISSISSIPPI: Activists To March On Governor’s Mansion In May Day Rally To Repeal Hate Law [VIDEO]

On April 5, 2016, Mississippi Governor Phil Bryant signed into law H.B. 1523, “The Religious Liberty Accommodations Act,” which would allow individuals, religious organizations and private associations to use religion to discriminate against LGBT Mississippians in some of the most important aspects of their lives, including at work, at schools, and in their communities. Take a stand and join HRC at the Rally to Repeal H.B. 1523 on Sunday, May 1 in Jackson, Mississippi.