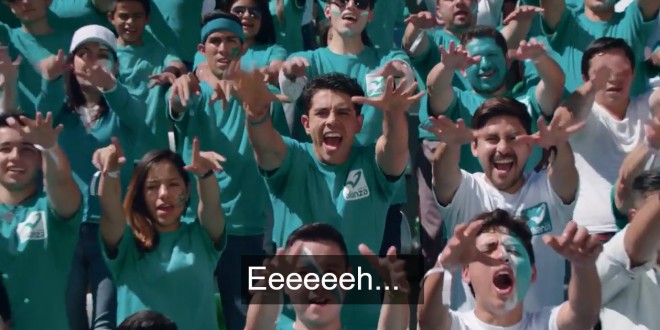 Earlier today a Mexican political party which bills itself as the 4th largest in the country launched a television spot demanding respect from U.S. presidential candidate Donald Trump… by calling him a faggot. In the ad a member of the Nueva Alianza party expresses frustration at how Mexicans are currently being portrayed worldwide and takes Trump to task by dedicating the following message to him: “Heeeeey puto!” The phrase is commonly heard at Mexican soccer stadiums and directed at the opposing team and can be translated as “Hey faggot!”