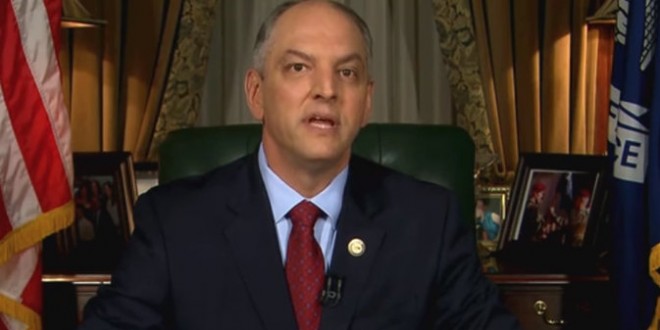 Senators advanced a proposal to ban employment discrimination based on sexual orientation and gender identity, moments after an initial vote appeared to stall the measure in committee. Sen. Regina Barrow, D-Baton Rouge, changed her vote Thursday to move the bill out of the Senate Labor Committee and to a full Senate debate. With Barrow’s switched vote, the committee advanced the measure with a 4-3 vote.

Sen. Troy Carter, D-New Orleans, described his bill as protecting LGBT people’s human rights. “What if it wasn’t a decision? What if it wasn’t a choice?” Carter said. “There are people, day in and day out, in this country, in this state, in this city, in this building, that are discriminated against for whatever reason because they happen to be a part of the class we are trying to protect.”

The bill is opposed by the usual suspects. A parallel bill has yet to be considered by the Louisiana House.

Previous NYC To Get Pop-Up Robot Confessional
Next Beyonce Flips Off Haters, Sells Own Boycott Merch, Breitbart Calls It “Slap In The Face Of Law Enforcement”