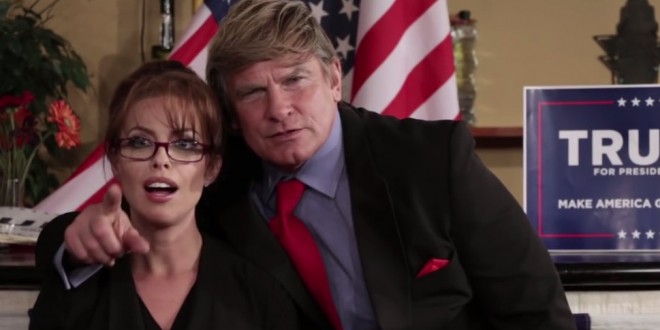 “The downward spiral of name-calling in the GOP Presidential primary campaign is a national embarrassment and an insult to the intelligence of the American people,” Flynt said in a press release circulated by his management group, “but it’s also the perfect catalyst for the debauchery that HUSTLER Video has concocted in ‘THE DONALD.’ This parody is my contribution to the most entertaining Republican Party contest in recent history.”

All Republican members of Congress will receive a free copy, Flynt said in the press release, and it goes on sale to the public on Tuesday.

“Donald Trump himself is no stranger to sexually explicit entertainment,” the announcement continues, noting that Trump’s Taj Mahal casino and resort in Atlantic City, New Jersey hosted the “adult- themed EXXXOTICA Expo” in 2013 and 2014.