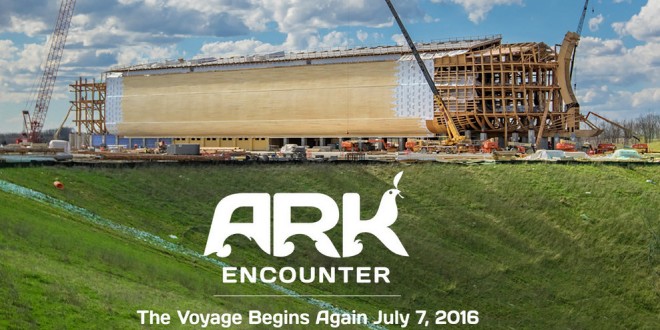 A state agency remade by Gov. Matt Bevin last week has approved $18 million in tax breaks to a Grant County amusement park that will feature a “life-size” Noah’s Ark. The $92 million Ark Encounter project, owned by the same company as the Creation Museum in Petersburg, is scheduled to open July 7.

The tax break initially was approved by the Kentucky Tourism Development Finance Authority in 2014 under Gov. Steve Beshear’s administration, but it was later canceled after tourism officials learned that the theme park would hire only Christians. Bob Stewart, then secretary of the Tourism, Arts and Heritage Cabinet, said the U.S. Constitution prohibited the state from assisting a religious endeavor.

Ark Encounter officials sued the state in federal court, saying the state’s decision to withhold the tax break violated its free speech. In January, U.S. District Judge Greg Van Tatenhove ruled that the theme park was eligible to receive the tax incentive, which has neutral requirements that can be met by religious and secular groups alike. Gov. Matt Bevin said the state would not appeal the decision.

The state is also spending $11M to improve nearby roads.