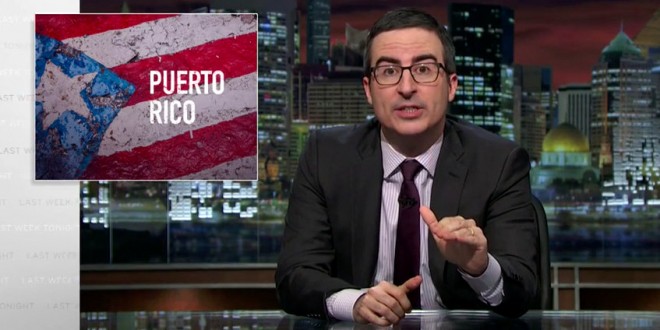 John Oliver turned his attention southward on Last Week Tonight to discuss Puerto Rico. The U.S. territory is in a massive financial crisis, facing nearly $70 billion in debt, with a poverty rate of nearly 45%. “Puerto Rico is like the last Tower Records: everything’s overpriced, everyone’s being laid off, and there is still a really weird number of Ricky Martin CDs,” said Oliver.

In a somber speech, the governor of Puerto Rico stated that the debt situation was not just an election ploy, saying: “This is not politics, this is math.” That means the situation must really be serious, because, as Oliver noted, “‘This is math’ is one of the most dread-inducing sentences in the English language.”