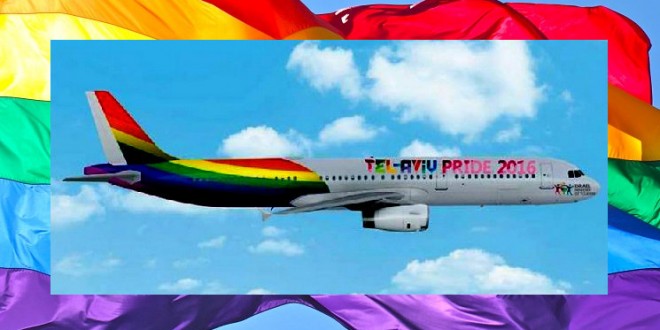 This may, in part, explain the billboard campaign that popped up in London this weekend. Via Haaretz:

In protest over the wide gap between the resources allocated to attract gay tourists to the country and the limited support for local LGBTQ organizations, members of Israel’s gay community are calling to cancel this year’s Tel Aviv Gay Pride Parade.

The call comes following the Tourism Ministry’s announcement this month that it would invest 11 million shekels (more than $2.9 million) in a campaign to attract tourists coming to Israel to participate in the parade. As part of the campaign, the ministry will set up an international competition whose winners will be flown to Israel in a plane specially painted in gay pride colors. State support for LGBTQ organizations, meanwhile, amounts to 1.5 million shekels a year.

The Tel Aviv municipality, which organizes the parade, clarified that it will take place as scheduled on June 3, and will mark the empowerment of women in the LGBTQ community. The municipality estimated that 180,000 people will take part in the parade, among them 30,000 tourists.