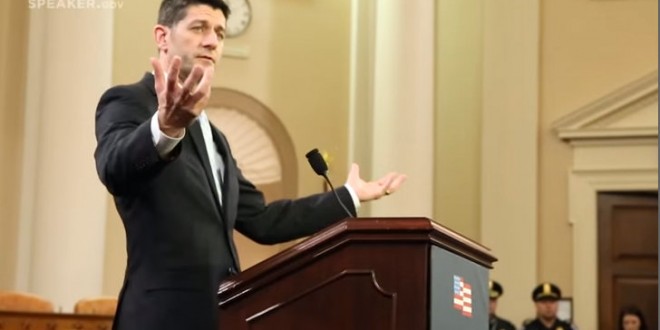 A lot of journalists certainly think so. Via Breitbart:

A new video released by House Speaker Rep. Paul Ryan has reporters chattering about whether or not it serves as a subtle campaign ad, as his supporters continue to whisper his name as a potential Republican presidential nominee in a brokered convention. The video features footage from Paul Ryan’s speech calling for a better brand of politics. That talk implicitly criticized Donald Trump’s brand of campaigning.

The video is the latest of a series of web videos produced by his digital communications director Caleb Smith to highlight the Ryan brand of politics. Smith’s video includes multiple camera angles, a soundtrack, and shots of the audience reaction to the speech, which quickly drew praise from the digital community for its slick production. The video is also raising questions among journalists.

The Trump campaign has yet to react.