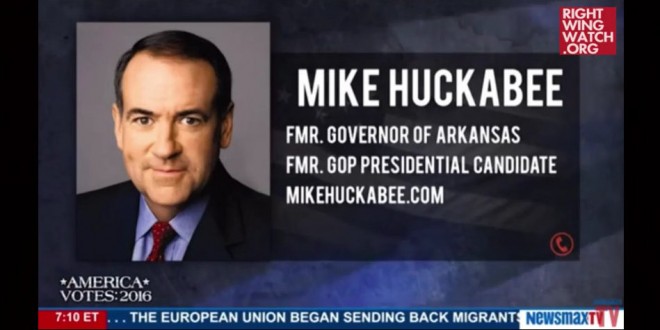 Former Arkansas Gov. Mike Huckabee, who after dropping out of the GOP presidential race started shilling for his former rival Donald Trump, is praising Trump’s “shrewd plan” to make Mexico pay for a border wall by cutting off the money that immigrants send to their families. Huckabee told Newsmax’s Steve Malzberg yesterday that Trump’s plan was “shrewd” and that it is “entirely possible” that it would work. To Trump’s haters, he said: “One thing you have to realize, Donald Trump has been very, very smart in his business career by winning negotiated battles over everything from zoning to construction. You don’t get to be who he is and where he is without having some really, really shrewd, clever ideas about getting what you want.”