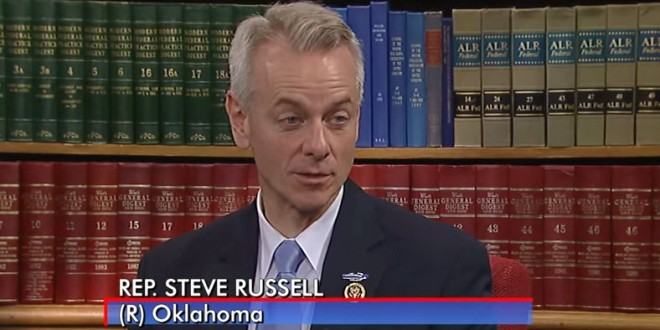 The measure, introduced by freshman Rep. Steve Russell (R-Okla.) at 12:30 a.m. as the House Armed Services Committee prepared to pass the defense bill, would require the government to give religious organizations it signs contracts with exemptions in federal civil rights law and the Americans Disabilities Act.

Those laws do not ban discrimination on the basis of sexual orientation or gender identity. So the legislation would effectively override the executive order President Obama issued in 2014 prohibiting federal contractors from such discrimination.

The amendment provides an exemption for “any religious corporation, religious association, religious educational institution or religious society” contracting with the government. It quickly prompted heated exchanges between Russell and committee Democrats, who said it was purposefully unclear.

The measure, approved 33-29 on a mostly party-line vote at 2 a.m., could signal that the backlash in numerous states against LGBT anti-discrimination laws is now moving to Congress.

A coalition of 42 civil rights groups has issued a joint letter denouncing the bill. (Tipped by JMG reader Ryan)

RELATED: Russell owns a gun factory. His weapons were used in American Sniper.