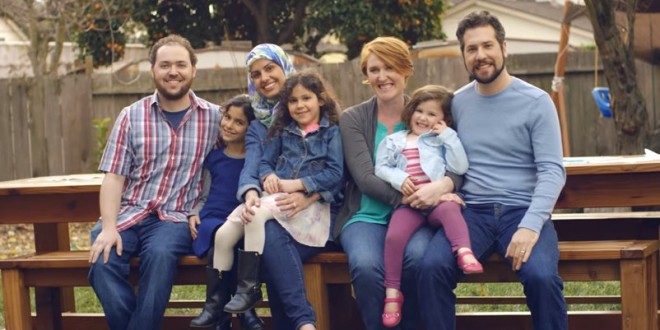 Honey Maid has won accolades for its series of pro-LGBT web ads and this week the brand visited Islamophobia. Triple Pundit reacts:

Whether you believe this ad is touching or cheesy, one must acknowledge that it is a bold move by a very traditional American brand. For months Americans have listened to the vitriol of presidential candidates such as Donald Trump, Ted Cruz and Ben Carson (though Harry Reid’s alleged comments have not been helpful, either) lash out against their favorite target, Muslims — although just about everyone else, including the poor, women, and gays have had to listen to this digital sludge, and read endless barbs about them as well. Such invective against Muslims has been amplified in the wake of bombings and mass murders in San Bernardino, Paris and Brussels as potential leaders have bashed a group of people at large to score cheap political points.

So don’t count on graham crackers being served at Republican fundraisers anytime soon. In addition, Honey Maid has also produced a commercial, “Mis Hijos,” which discusses a man coping with the fact that his son’s life partner is, in fact, a man. Working with its advertising agency, Droga5, for this campaign, Honey Maid has also released an advertisement that confronts the insecurities posed by interracial adoption. The overall theme — the acceptance of the fact that families come in all shapes and forms — may make a few people out there uncomfortable, but such is the reality of 21st-century life.

I do not recommend visiting the comments at YouTube.

Previous REPORT: Charles Koch Is Determined To Get House Speaker Paul Ryan Nominated At The GOP Convention
Next BarbWire: Yes, Melania Trump Is A “Slut”