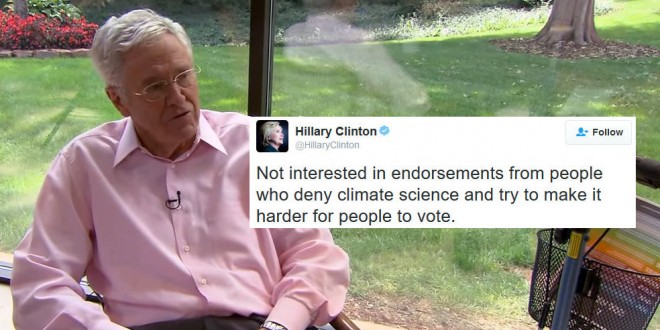 Hillary To Charles Koch: Not Interested In Your Support

Yesterday Hillary Clinton fired off the above tweet in response to news that Charles Koch might endorse her. CNN reports:

Oil tycoon and conservative mega-donor Charles Koch had kind words for both Bill and Hillary Clinton in an interview Sunday, saying there was an outside chance he could support her in November.

Earlier in the interview, Koch said Bill Clinton was better than George W. Bush on issues of economic growth and government spending but did not offer a full-throated endorsement of either Clinton.