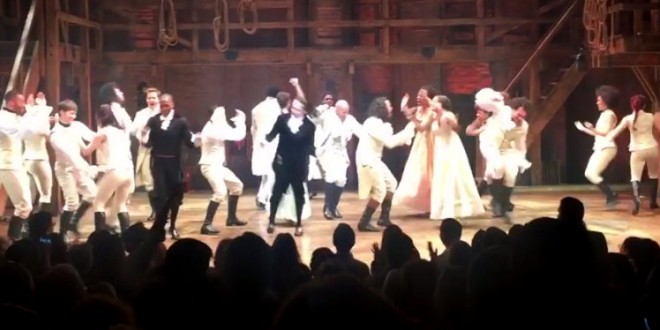 The tributes for music icon Prince poured in from across the world on the day of his death, but one went viral swiftly on Thursday night. The cast of Hamilton sang and danced to Prince’s “Let’s Go Crazy” on stage following their Thursday night performance. The hottest Broadway musical in the world has much of its success credited to the influence of the Purple Rain legend.