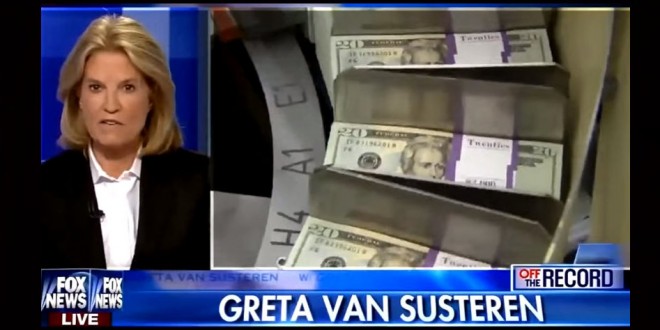 Mediaite recaps the clip below:

Fox’s Greta Van Susteren ended her show tonight by going on a mini-rant about how the government is “dividing the country” by putting Harriet Tubman on the $20. Wait, what? Yes, Van Susteren tonight said the Obama administration “went stupid” by creating a “completely unnecessary fight” by kicking Andrew Jackson off the bill. Greta: “Give Tubman her own bill. Like a $25 bill. We could use a $25 bill. Put her picture on that and we could all celebrate. That’s the smart and easy thing to do. But no, some people don’t think and would gratuitously stir up conflict in the nation. That is so awful, and yes, dumb.”