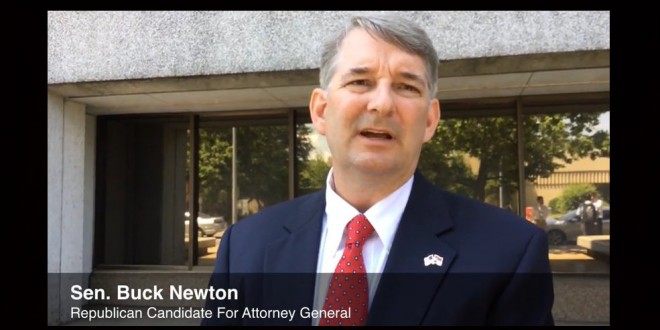 If state Sen. Buck Newton (R) has his way, North Carolina will be known as the “straight” state. “Go home, tell your friends and family who had to work today what this is all about and how hard we must fight to keep our state straight,” Newton said at a rally Monday, according to video posted by Progress North Carolina Action.

Newton, the Republican nominee for attorney general in the state, said Monday that supporters of the law have to be vigilant and keep their “wives and our sisters and our children” from being exposed “to the sexual predators in the bathrooms.”