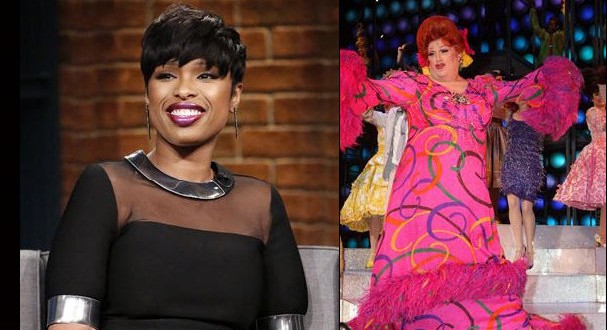 Via press release from NBC/Universal:

Oscar, Golden Globe, SAG and Grammy Award-winner Jennifer Hudson and multiple Tony Award-winner Harvey Fierstein will headline the cast of NBC’s “Hairspray Live!,” the network’s next live Broadway musical holiday event following the phenomenal success of “The Wiz Live!” Also joining the creative team will be acclaimed television director Alex Rudzinski, who received extraordinary reviews for his television direction of “Grease Live!” Rudzinski was also the TV director for “Dancing With the Stars” from 2005-14.

“We are beyond thrilled with this incredibly talented duo of stars for ‘Hairspray Live!,’” said Robert Greenblatt, Chairman, NBC Entertainment. “Harvey Fierstein created the role of Edna Turnblad on Broadway in an indelible Tony-winning performance that demanded to be memorialized on film, and we’re happy he wanted to step into her shoes one last, unforgettable time. We’re also so grateful that the incomparable Jennifer Hudson will play Motormouth Maybelle and we know her rendition of ‘I Know Where I’ve Been’ will literally stop the show.”

Open tryouts for the lead role of Tracy Turnblad were held yesterday.

Good morning, Baltimore (or New York)! At the open casting call, looking for our Tracy Turnblad for #Hairspray Live! pic.twitter.com/blAnIChWMF