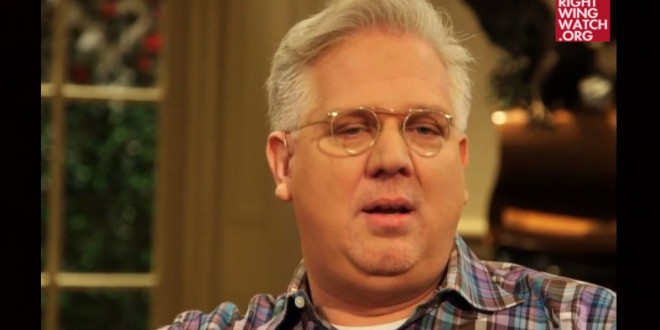 Glenn Beck: Cruz Told Me He Berated His Staff For Booking Speech At “Death To Gays” Rally [VIDEO]

Last weekend Ted Cruz boldly lied about Pastor Kevin Swanson’s call to execute gays, saying that he’d denounced Swanson’s words as soon he heard them. In fact, for months Cruz refused so much as comment about Swanson despite many questions from the media. Then, earlier today, Right Wing Watch reported that Glenn Beck yesterday told his audience that he’s never heard Ted Cruz tell a lie. Uh huh. And now there’s this:

Cruz is attempting to rewrite history and, in doing so, apparently lying to Glenn Beck’s face about it. On his radio show today, Beck revealed that Cruz was at Beck’s home yesterday for several hours, just hanging out and shooting footage for campaign commercials, when Beck’s daughter asked him about his decision to appear at Swanson’s rally.

Beck was obviously only vaguely familiar with the controversy, judging by the fact that he wrongly claimed that it took place in Ohio (it was in Iowa) and falsely said that Swanson made his outrageous remarks defending the death penalty for homosexuality the day before Cruz even spoke at the rally (actually, Swanson made the case twice; once just before Cruz spoke and again the day after.)

According to Beck, when his daughter asked Cruz about his participation, Cruz declared that Swanson and his views are “reprehensible” and that he “chewed [his] staff out” for allegedly not knowing about Swanson’s views and for allowing him to appear at Swanson’s conference.

Beck reported that Cruz told his daughter that “not only did I not know that, I think that was absolutely reprehensible, bigoted, despicable, I want nothing to do with him or any kind of alliances to people like that.”

As we know, Cruz was warned about Kevin Swanson live on national television by CNN’s Jake Tapper on the day before he spoke at that rally.