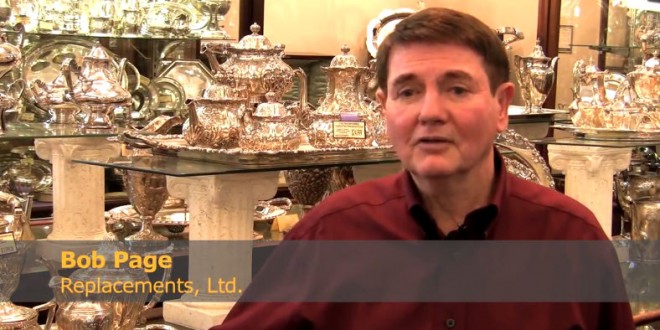 A few days ago I posted an impassioned letter from Bob Page, the openly gay founder and CEO of North Carolina’s Replacements LTD. In an interview published today, Page tells Forbes writer Susan Adams that his letter, which has been viewed over one million times on social media and his company’s website, has generated over 13,000 responses, 98% of which have been positive. The interview opens with Page recounting the challenges he first faced after coming out:

Adams: How did you come to accept yourself?

Page: I gradually met a few gay people and my mindset began to change. But I didn’t come out to my parents until I was in my 40s. Both of them said they knew I was gay but they never discussed it with each other. I’ve only seen my sister once in the last 20 years and that was at my cousin’s funeral. She thinks I’m going to die and go to hell. It was only after I worked for myself for several years that I felt like I could be open with my employees. I have more than 80 people who have been here more than 20 years. They are my family now.

Adams: How have your customers reacted to your homosexuality?

Page: I had a picture of me in the office with kids and my spouse. One lady came in and said she’d never do business with us again. She wrote me a letter afterward saying she didn’t know why gay people needed to flaunt their lifestyles. Another time, someone spray-painted “fags” on the generators outside our building. Once someone went into the men’s room and wrote “fags and queers work here” all over the walls. We’re right on the Interstate, down a service road and one time a lady parked her car sideways and blocked traffic from coming into our building for 45 minutes. She was screaming about the coming of the lord and homosexuals.

Adams: Has the passage of the anti-discrimination ban affected your business?

Page: Last week there was a tour bus from Florida that was coming up to visit Replacements and they called and canceled because of the passage of the law. I had several letters from customers saying they would no longer do business in the state of North Carolina.

Adams: More than 120 businesses, including Apple, Facebook and Bank of America, signed a letter to the governor, objecting to the law. Did that motivate you to write your letter?

Page: I know I’m not alone, but I decided to do something up front. This is injustice and I had to fight it. I know people who can’t be out at their jobs. You can still be legally fired in North Carolina if you’re gay. You can be refused housing and you can be evicted from your home. The leadership in Raleigh has made our whole state appear like we’re cave dwellers.