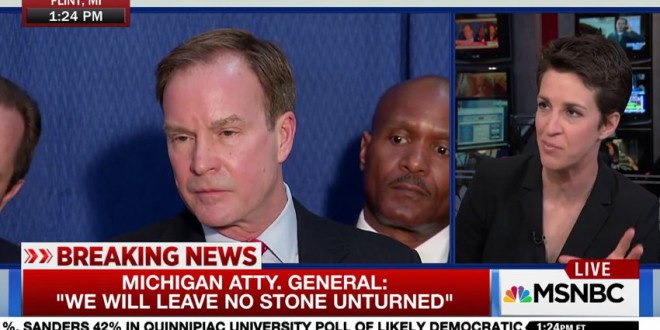 Three government employees charged in connection with the Flint water crisis “failed Michigan families,” and the charges against them “are only the beginning” of a lengthy and exhaustive probe, Michigan Attorney General Bill Schuette said Wednesday.

While Flint residents have said they feel the criminality that led to poisonous water being pumped into their homes stems from the top, namely Gov. Rick Snyder’s office, Schuette promised that no one guilty of wrongdoing would escape justice, no matter “how big a shot you are.”

“No one is above the law, not on my watch,” he said. The attorney general held a news conference Wednesday shortly after Genesee County prosecutor David Leyton announced the charges against Mike Glasgow, a former laboratory and water quality supervisor who now serves as the city’s utilities administrator, and Michigan Department of Environmental Quality district water supervisor Stephen Busch and district water engineer Mike Prysby.