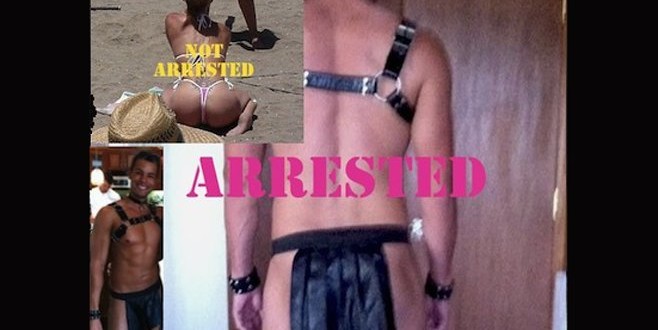 A federal appeals court revived a lawsuit over a man’s public nudity citation Tuesday, ruling there is evidence that San Diego police possibly discriminated against him at the annual gay pride event in Balboa Park.

The ruling by the 9th U.S. Circuit Court of Appeals means the lawsuit is headed back to the lower district court in San Diego for a jury to decide.

Will X. Walters was wearing a skimpy gladiator costume, his buttocks partially covered by a loose loincloth flap, at the San Diego Pride Parade and Festival in 2011 when he was approached by police officers, who told him to cover up.

According to evidence in the case, police Lt. David Nieslet had told pride organizers in advance that police would be enforcing stricter rules that year that would require buttocks to be fully covered, as opposed to previous years where the center of the buttocks had to be covered by a one-inch strip.

Walters’ lawyer, Christopher Morris, argued that the rule was only being enforced for the pride event, and not at other special events around the city, such as the often risque Over The Line tournament or at any city beach where women can be seen wearing G-string swimsuits.