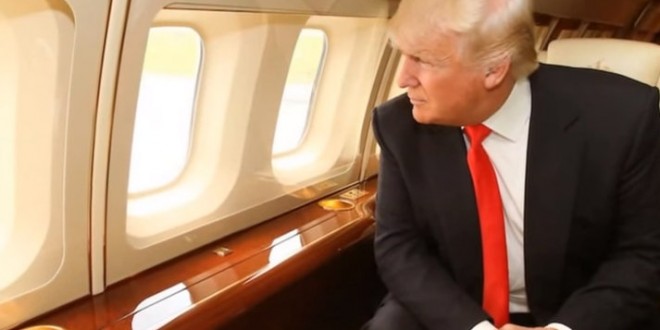 Donald J. Trump’s Cessna jet has been grounded. The aircraft, which records show has been used to shuttle Mr. Trump to dozens of campaign events in recent months, has been flying with an expired registration since Feb. 1. On Wednesday, a Federal Aviation Administration official informed the plane’s pilot that the Cessna cannot fly until it has been reregistered.

“F.A.A. inspectors have contacted the chief pilot of N725DT about the aircraft’s expired registration,” Laura J. Brown, a spokeswoman for the F.A.A., said in a statement, referring to the plane’s tail number. “The aircraft owner is currently working with the F.A.A.’s Aircraft Registry and will reregister the aircraft before further flight.”

The failure of DJT Operations CX, the limited liability company controlled by Mr. Trump that owns the 1997 Cessna 750 Citation X, to renew the plane’s registration was the subject of a recent article in The New York Times.

The cost to register a personal jet is $5 every three years. Just like your car, right?

Previous Christian Prophet: God Will Murder Trump’s Enemies Just Like He Made Megyn Kelly “Violently Ill” [AUDIO]
Next Bernie Sanders: I Still Have A Path To The Nomination