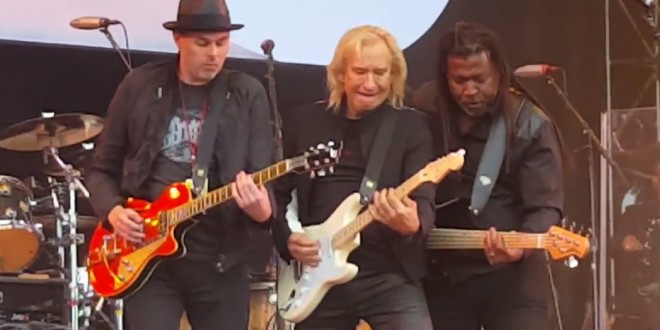 For the Eagles’ Joe Walsh, the show must not go on. The musician pulled out of a concert scheduled for July 18 in Cleveland, Ohio, after he said he learned of the show’s ties to the Republican National Convention.

“It was my understanding that I was playing a concert which was a nonpartisan event to benefit the families of American veterans on Monday, July 18 in Cleveland,” Walsh said in a statement he released Wednesday. “Today it was announced that this event is, in fact, a launch for the Republican National Convention.”

Walsh said he also discovered that his name would be used “to raise sponsorship dollars for convention-related purposes” and therefore he felt forced to withdraw from the event.

“I am very concerned about the rampant vitriol, fear-mongering and bullying coming from the current Republican campaigns,” Walsh said. “It is both isolationist and spiteful. I cannot in good conscience endorse the Republican party in any way.”