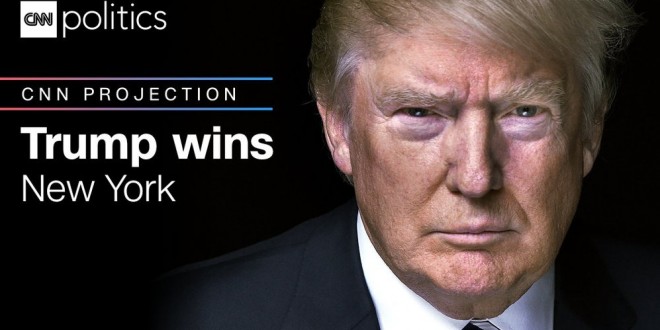 The polls closed in New York state minutes ago and as expected Donald Trump has been projected to win, although under the GOP’s very complicated rules we won’t know how the delegates are allocated for at least a couple of hours. If Ted Cruz fails to take 20% of total vote, he’ll walk away empty-handed. On the Democratic side, exit polling was very tight, with Hillary Clinton having a slight lead.