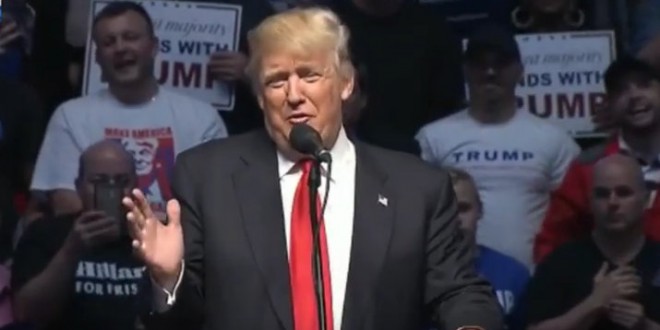 Donald Trump On Nuking ISIS: I’ll Never Rule It Out

When it comes to using nuclear weapons against the Islamic State, Donald Trump said Thursday that he would be the last person to do so. But that does not mean he would completely remove the option, remarking in an interview that he would “never, ever” keep it off the table.

“I don’t want to rule out anything. I will be the last to use nuclear weapons,” the Republican presidential front-runner told NBC’s Today Show at the end of a telephone interview. “It’s a horror to use nuclear weapons. The power of weaponry today is the single greatest problem that our world has. It’s not global warming, like our president said. It’s the power of weapons, in particular nuclear.”