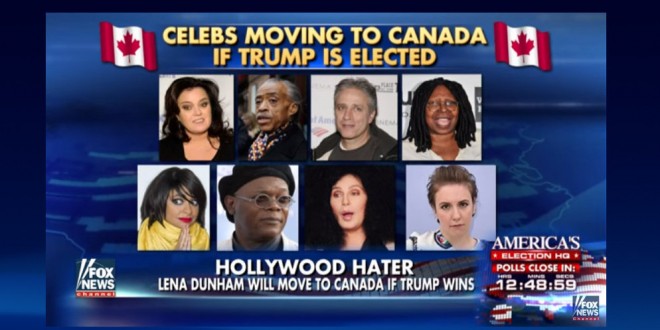 Not only would Donald Trump not mind if certain celebrities were to flee the United States if he is elected president, the Republican front-runner said Tuesday that their opposition to his candidacy only increases his will to win. During a telephone interview with “Fox & Friends,” Trump was asked about a tweet from Lena Dunham on Monday in which she vowed to leave the U.S. for Vancouver if he is elected. Trump’s response: “Well, she’s a B-actor. You know, she has no — you know, no mojo.”