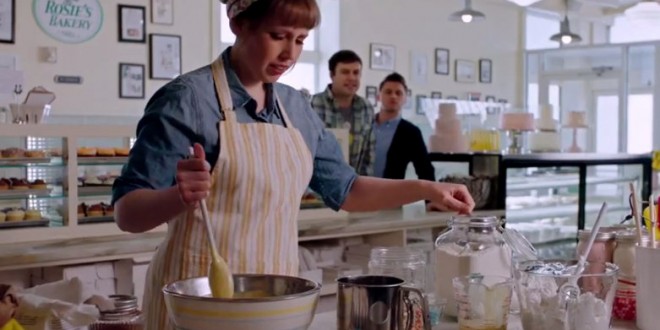 Raw Story sets up the video:

In the clip — from the makers of God On The Run and Angel In Denim: The Kim Davis Story — cast member Vanessa Bayer plays a “small town baker without a care” until a same-sex couple demands she bake their wedding cake, causing her faith to be “tested.”

Despite being told by a co-worker that “gays are the most powerful force in America,” she refuses and what ensues is a court case following a meeting with a Jewish lawyer from the ACLU who tells her all her legal problems will go away if only she’ll say: “God is gay.”

While taking a shot at films like God Is Dead, the parody also hits lawmakers who set aside problems such as being “the poorest state in the country, second in childhood obesity, and third in teen pregnancy.”